Monaco's Royal Palace is situated high on a hilltop overlooking the principality and the sea.  It is officially called the Palais Princier (Prince's Palace). 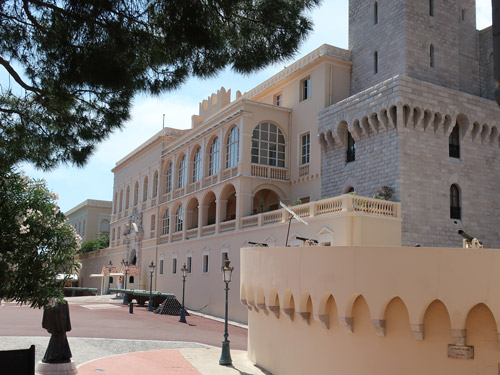 The Prince's Palace is located in the Monaco-Ville district of Monaco.