The public transit system in Monaco consists of a network of buses.  Visitors can catch local transit to Nice and other French cities.

The cost of a single ticket is approximately 1.50 euro while a day pass costs 5.50 euro. 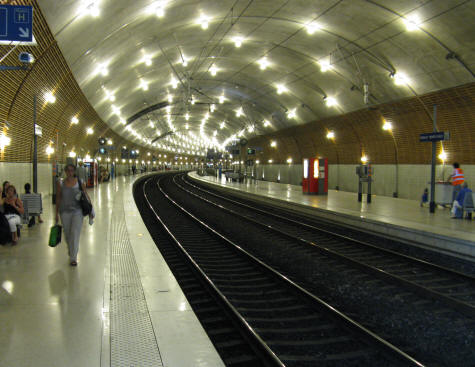 There are 5 bus routes in Monaco, most of which connect to Monaco's central train station.

There is also a shuttle ferry called the "Bateau Bus" that runs across the bay (Port Hercule).  The same tariffs apply.